Geneva - Human rights activists placed hundreds of shoes in the European Commission Square, in the Belgian capital Brussels as part of a protest organized by the Euro-Mediterranean Human Rights Monitor against the continuation of the war in Yemen and to demand that children are spared the scourge of the armed conflict.

The event was held as part of a Euro-Med Monitor advocacy and lobbying campaign to continue throughout June, targeting decision-makers and European officials, demanding protection of children from Yemen’s armed conflict, including the cessation of hostilities in the impoverished country.

The campaign aims at drawing attention to the civilian deaths, famine, war crimes and displacement caused by the ongoing war in the country for more than four years.

The activists called for the cessation of the war in Yemen, calling on the international community to take responsibility and to hold the perpetrators accountable as the sole means of redressing the victims.

They also called on the European Union to shoulder its moral and legal responsibility for the dire consequences of the continued flow of weapons to the countries involved in the war.

Participants in the event said that each pair of shoes placed in the square of the headquarters of the European Parliament is a reminder of a child, a woman or an old man who was killed in the war in Yemen and of the impunity enjoyed by perpetrators.

Participants in the event urged all international parties to work hard to stop the war in Yemen and to hold accountable the perpetrators of the crimes and to intervene urgently to save civilians from the specter of imminent famine that could end the lives of millions.

According to various statistics and analyses published earlier by Euro-Med Monitor, at least 12,000 Yemeni children have been killed or wounded since the conflict started in Yemen in March 2015. 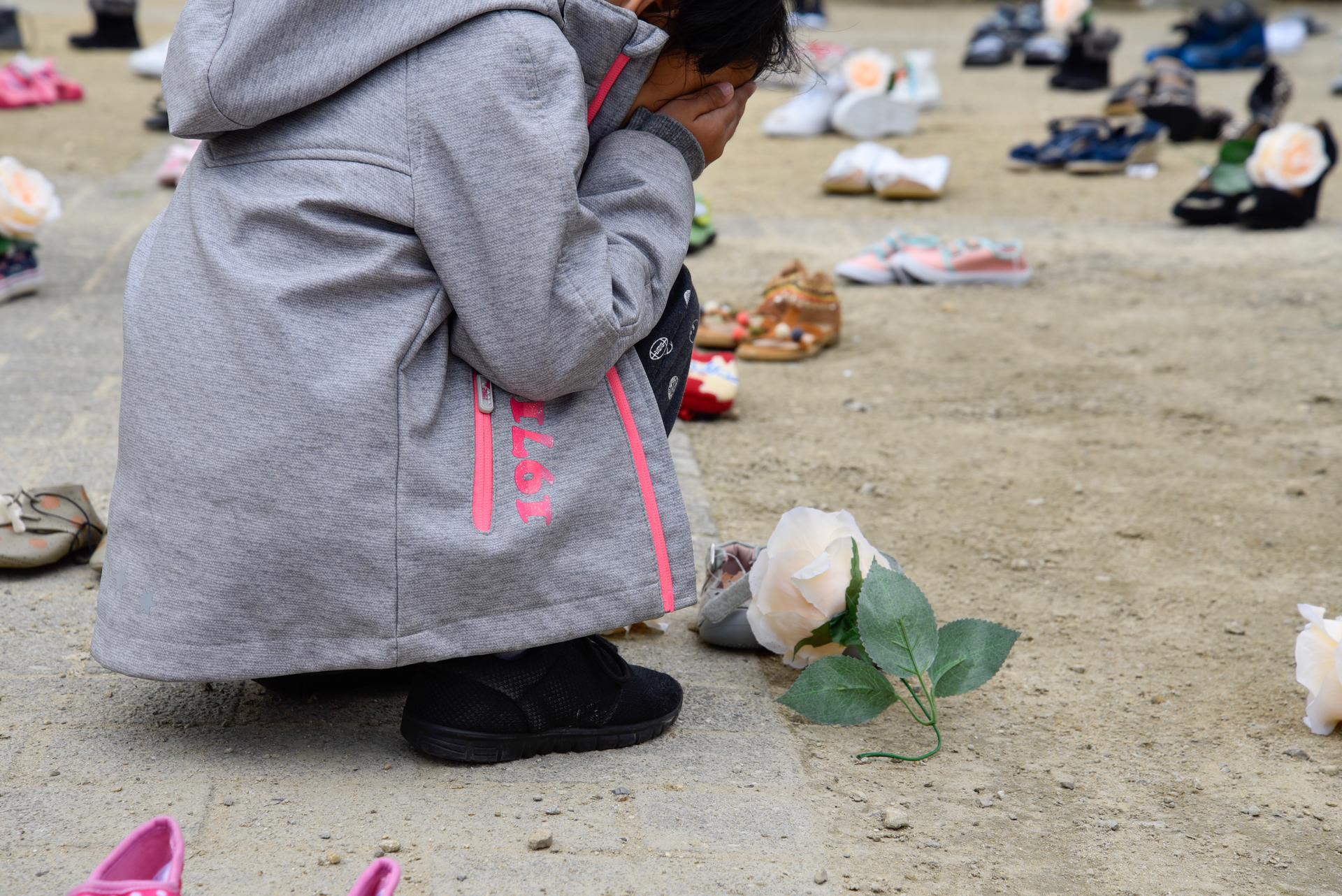 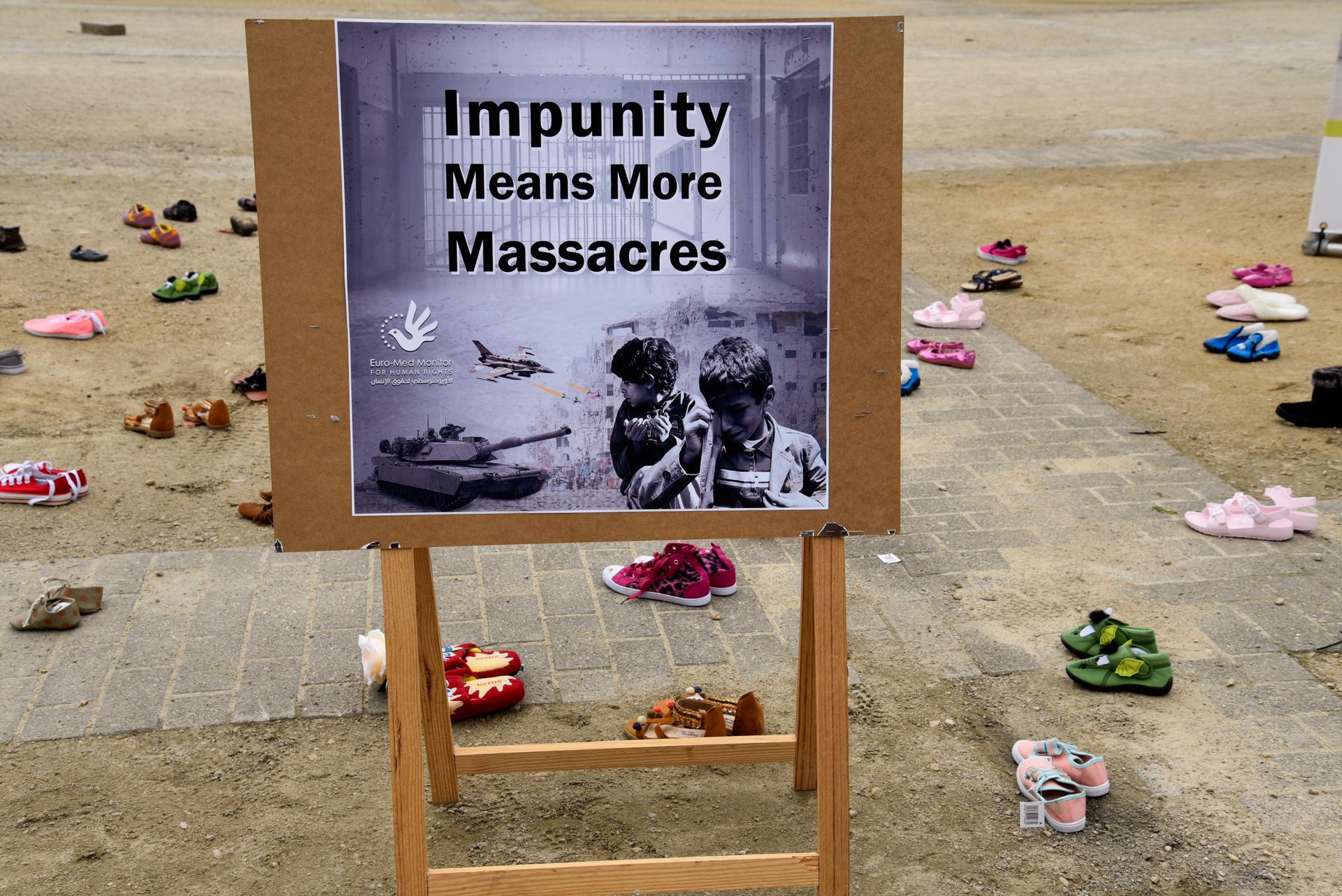 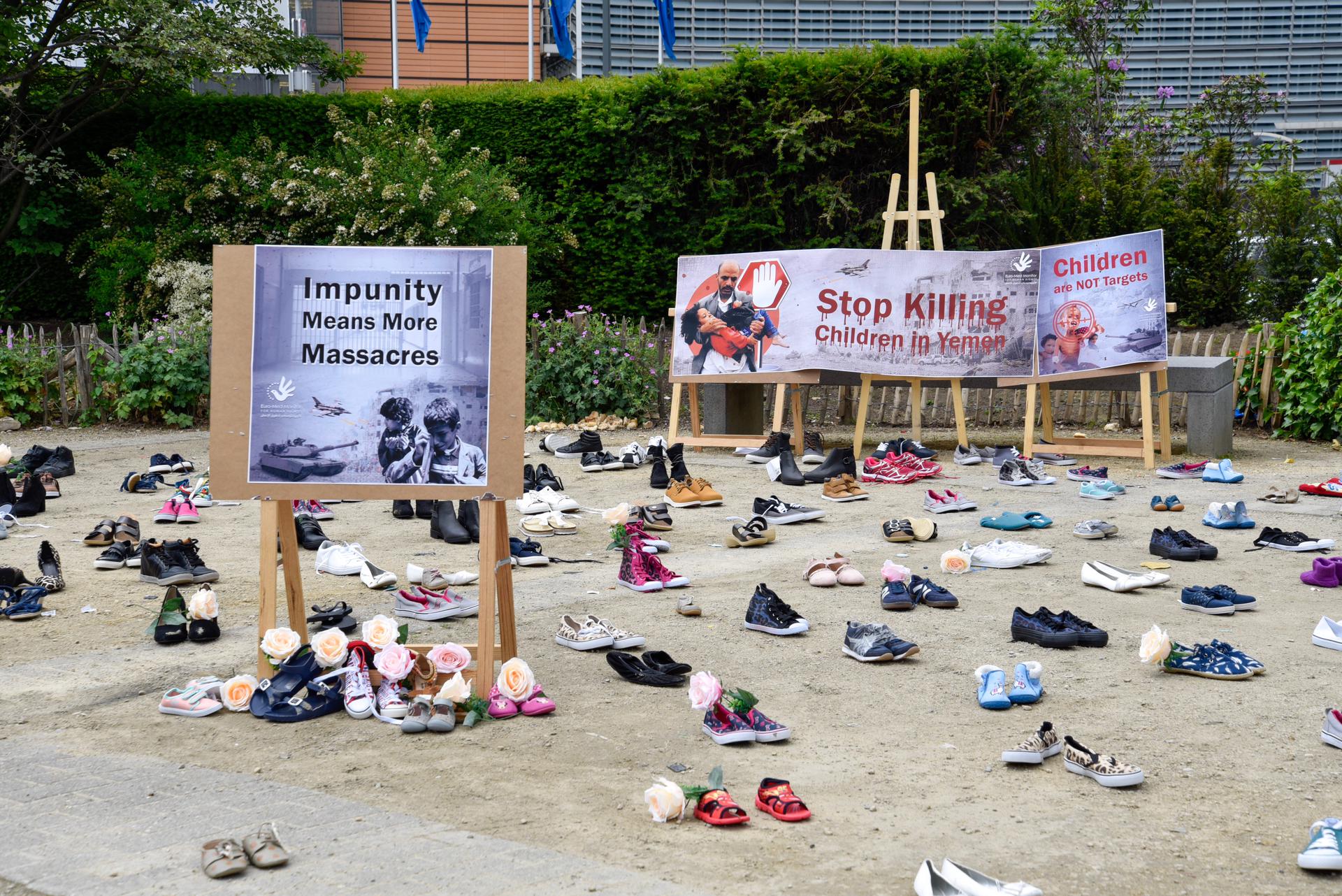