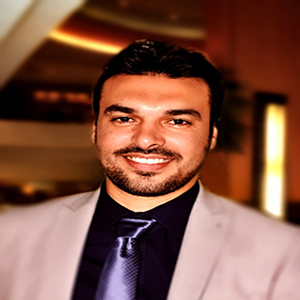 The COVID-19 pandemic is exacerbating Lebanon’s already devastating economic crisis, causing the rates of unemployment and poverty to soar.

After the Council of Ministers declared a nationwide lockdown on 15 March to protect public health, security forces began conducting patrols and warning residents to comply. Assembly in groups was prohibited and nonessential commercial establishments were closed. That stay-at-home order now has been extended until May 10; to date, 717 residents have tested positive for COVID-19 and 24 have died.

With the economy collapsing, residents have poured out onto the streets again, defying the curfew in their desperation.

Fifty-five percent of the Lebanese economy is rooted in the informal sector, increasing to around 97% among refugees. As a result, more than two-thirds of workers in Lebanon earn low wages.According to reports from human rights organizations, many people have lost their incomes altogether, and more than half of the population may be unable to meet their basic needs for food, medicine and rent if the government does not intervene.

The gaps that have appeared in the social-protection system reveal the failings of the Lebanese government. The government does not have the data needed to identify all of the vulnerable families in need, and there also is a shortage in programs to serve them. Although the government pledged to fund assistance to the poorest families, aid not begin to be delivered until now. Instead, many civil society organizations have stepped up by organizing donation campaigns and providing in-kind assistance, especially for workers who depend on daily wages.

Likewise, no attempt has been made to exempt tenants from paying rent, even temporarily, or to prevent owners from evicting them. The government only extended the due dates for taxes and utility bills.

Despite the extraordinary nature of the current crisis and the limited resources available, international human rights law obliges governments to protect people's right to an adequate standard of living, including nutrition, health and security. Article 25 of the Universal Declaration of Human Rights states in its first paragraph: “Everyone has the right to a standard of living adequate for the health and well-being of himself and of his family, including food, clothing, housing and medical care and necessary social services, and the right to security in the event of unemployment, sickness, disability, widowhood, old age or other lack of livelihood in circumstances beyond his control.”

Article 11 of the International Covenant on Economic, Social and Cultural Rights says in its first paragraph: “The States Parties to the present Covenant recognize the right of everyone to an adequate standard of living for himself and his family, including adequate food, clothing and housing, and to the continuous improvement of living conditions. The States Parties will take appropriate steps to ensure the realization of this right, recognizing to this effect the essential importance of international cooperation based on free consent.”

COVID-19 has exposed the serious shortcomings of Lebanon’s current leadership and mode of government; it should serve as an alarm warning of the dire humanitarian needs among Lebanon’s masses of refugees and low-income citizens.