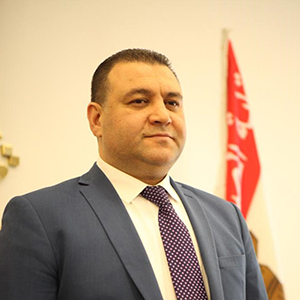 On August 4, 2020, a massive explosion occurred in the Port of Beirut, killing more than 190, and wounding more than 6,000 others, and displacing more than 300,000 people in addition to a massive damage in property. The explosion exposed the failure of the Lebanese State and the inability of its institutions to deal with the crisis, and the extent of corruption of all official administrations.

Immediately after the explosion, the public called for an independent and transparent international investigation to uncover the circumstances of this crime. However, the Lebanese Government chose to protect itself along with the ruling class and referred the case to the Judicial Council in conjunction with the declaration of the state of emergency, which was extended in a way that violates the Constitution. The State, by doing so, sent a message that investigations into this crime – as its predecessors – will end with anonymizing the perpetrators and never bearing its responsibility.

The crime of August 4, 2020, with all its momentum and the grave damage it left, requires an investigation that takes into account the highest standards of transparency and independence in order to inspire confidence and assurance among the public.

The investigators should be given the necessary means to conduct a serious and strict examination of facts, such as providing protection for the witnesses, and assigning experts to prepare a detailed report on how the explosion took place, and put a clear strategy to ensure that the investigation is full. Investigators should draw compelling and reliable evidence that forms the legal basis for the accusations and the trial. It should be conducted in a professional manner as soon as possible while preserving the crime scene and preventing tampering with it.

After the judicial investigator received his mission, ridiculous leaks began to mislead and pressure him to anonymize the perpetrator, which he did not address, by informing the public of the preliminary results of the investigations and announcing the official narrative of how the explosion took place despite it has been more than six weeks since its occurrence.

The crime scene, which is supposed to be under strict control to prevent any tampering with it and to control criminal evidence, has been accessible for everyone, with another accident and huge fire taking place in the port after the explosion.

The arrests that took place, despite their significance, are still not enough. They should be further expanded as the investigations expand to reach all those responsible for the explosion, regardless of their status, along with those who knew of the existence of these high explosive materials and did not take any measures to prevent this crime from occurring. Especially as official correspondence has revealed that the time was sufficient to do so. At least, it was possible to evacuate the vicinity of the port when the initial fire broke out, not to send firefighting teams to the scene of the fire without informing them of the nature of the materials there, which could have saved many human losses.

The investigations to date are not up to the hopes and aspirations of the Lebanese people. They are marred by many distortions that make them lack the minimum standards for transparency and independence.

The judges of Lebanon should immediately turn off their phones, open their treasuries of knowledge and justice, and do their best for the advancement of their homeland. All hopes are hanged on them.

The time has come for all the constitutional authorities in Lebanon to be subject to the rule of law through the judicial authority. Investigations into the crime of the Port of Beirut will remain in the memory and conscience of the Lebanese people, which is an opportunity and a final test for the Lebanese judiciary that will separate the wheat from the chaff.