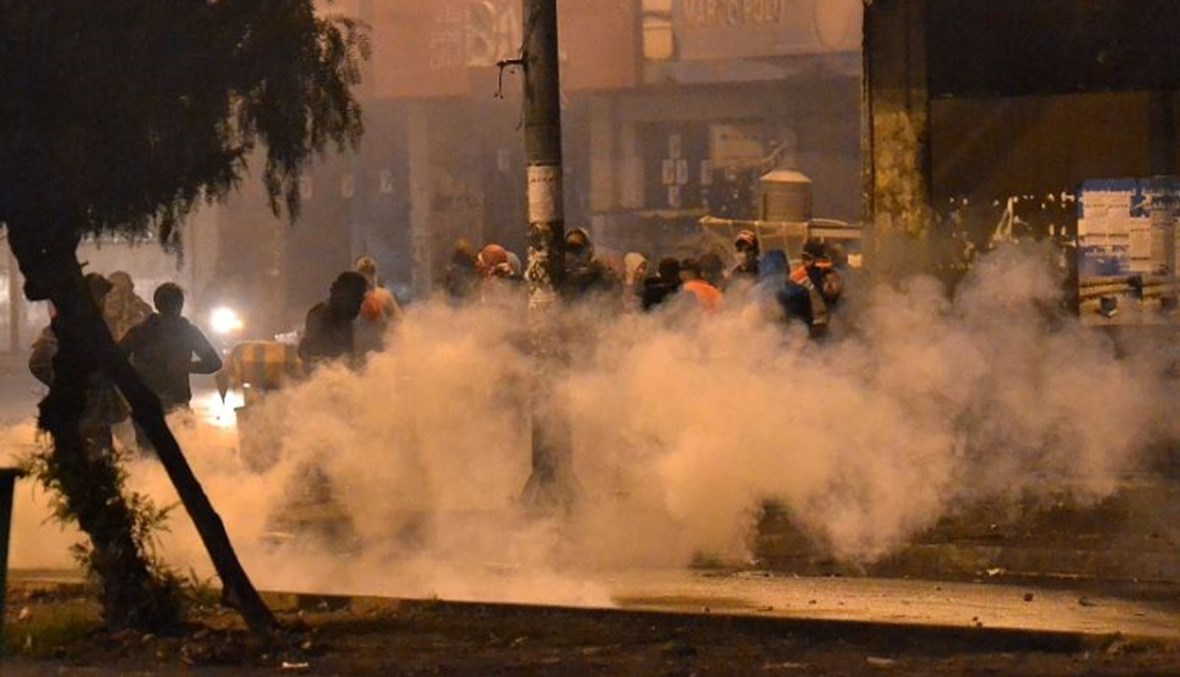 Geneva – The Euro-Mediterranean Human Rights Monitor is following with great concern over the protests in Tripoli, Lebanon which have resulted in death of a young man and dozens of injuries among protesters and security forces, stressing that suppressing protests exacerbates the country's crises and aims to cover up the continuing government inaction.

The evening of Monday, January 25, anti-lockdown protests and demonstrations erupted, extending general mobilization until February 8 without any measures to help the vulnerable families amid the poor economic and living conditions in the country.Some of the protesters tried to storm the Al-Saraya government complex, others participated in a sit-in at Al-Nour Square, while many more marched in front of several MPs’ homes.The protests escalated after that, with protesters throwing stones, Molotov cocktails, and fireworks at the security forces and the army that were deployed in Al Nour Square. The security forces responded to the protesters by firing live and rubber bullets, teargas and water cannons.The security forces also used sticks and rifle butts to beat the protesters, and pursued many of them in neighborhoods, surrounded them and worked to disperse them.Lebanese Red Cross said on Wednesday night, 82 injured people were treated in the field and more than 35 others were hospitalized as some of them were critically injured.

Since the beginning of the protests, 226 civilians and soldiers were wounded. A young man named Omar Farouk Tayeb died from his wounds after he was shot by security forces, said the National News Agency.

Alaa Fouad Al-Samman, a young protester who was injured as the confrontations heated on Wednesday night said: “I went to participate in the demonstrations calling for the improvement of the economic and living situation. I was hit in the shoulder with a rubber bullet and stones by the security forces deployed in the place. I fainted and was immediately transferred to the hospital for tests and treatment. I am now in stable condition”.

Tariq Hajjar, Euro-Med Monitor’s legal advisor, said: “The government's failure to meet the protesters’ demands, as well as the lack of effective steps taken to improve the collapsing economic situation in the country, is worrisome”.

The United Nations guidelines on the use of less-lethal weapons, which state that “A range of kinetic impact projectiles are used by law enforcement officials to tackle violent individuals, including as a less-lethal alternative to lethal ammunition discharged by firearms… such as rubber bullets, plastic bullets, impact rounds, baton rounds or bean bags”.

The Lebanese authorities should open an urgent, transparent and independent judicial investigation into the circumstances of the recent events, especially in terms of targeting protesters and punishing the perpetrators in accordance with the law.

The Lebanese authorities should take all possible measures to ensure the safety of the demonstrators and respect their right to freedom of expression and demonstration, and to develop a practical plan to improve the collapsing economic situation.

Urgent decisions must be made to regulate confronting the Coronavirus while not affecting the daily living conditions. Effective plan must be put to secure the necessary food and health assistance to citizens, especially in light of the lockdown.

Since October 17, 2019, Lebanon has been witnessing periodic popular protests motivated by the Lebanese government’s announcement to impose more taxes on gasoline and tobacco. In addition to introducing new taxes on free communications apps such as WhatsApp, FaceTime and Facebook, the government decided to ratify the decision to become effective on the 22nd of the same month.

The protests come in light of the crises the country has been suffering for years such as the currency crisis, production disruption, widespread unemployment, and forest fires caused by poor wildlife management.