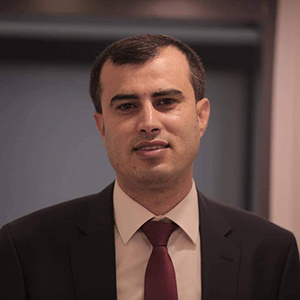 There is nothing greater than belonging to an idea that gives you the opportunity to live with hope, and nothing is more difficult than writing about an idea that I have seen growing since its first days with all its aspirations, successes, and challenges. This month, we commemorate the tenth anniversary of the launch of Euro-Mediterranean Human Rights Monitor. The anniversary embodies lofty meanings that have been realized through the loyalty and dedication of those devoted to the idea, who were and still are at risk. Yet, they insisted on safeguarding its essence and work philosophies to protect it from assimilation and subjugation and avoiding organizational behavior problems that evolve over time at the level of individuals and the organizational structure as a whole.

Euro-Med Monitor emerged in 2011 from a European university seat at a pivotal stage in the history of the peoples of the Middle East and North Africa, when dreams and high hopes for change and a free life swept through. A region with a large number of people living as refugees, under occupation, or both, the world and its international institutions have often misunderstood who they are and what they want.

After a careful analysis of these societies’ needs and the reality of their human rights conditions, Euro-Med Monitor identified the features of its work philosophy, which is based on allowing marginalized groups and victims the opportunity to lead the change by enabling them to publish and highlight their stories and grievances without restrictions. Our work philosophy revolves around taking victims’ hands, and through advocacy and solidarity channels, transforming them from mere passive recipients of support to active defenders of their rights and the rights of their communities.

At the same time, recognizing the region’s interrelatedness with the European continent and the high impact that European institutions can achieve in particular, Euro-Med Monitor has chosen Geneva, where major human rights organizations are located, as its main headquarters. This facilitates and enhances opportunities and communications with the United Nations and other European organizations active on the continent to motivate them to take effective and practical steps to serve and support their target groups and develop human rights policies in the region.

Because the idea is similar to the demographic composition of the region, which is mainly younger generations that possess modern energies and tools for influence and communication, youth are the main element on Euro-Med Monitor’s team, supervised by international experts to ensure achieving the widest possible impact in the region and targeted institutions.

Despite the wide successes achieved by Euro-Med Monitor over the past ten years and reviewed by my colleagues on the organization’s website, it has faced many challenges and obstacles. Like all emerging human rights institutions, Euro-Med Monitor’s first challenge was positioning itself among the large number of human rights institutions operating in the region, which it overcame within a short time after its launch. Although, it was not easy for an organization that did not have a supporting party or sufficient human and financial resources – at the time – to accumulate works to become known well enough to influence the decision-making circles and relevant parties.

Within a short period of time, Euro-Med Monitor succeeded in making partnerships with dozens of international organizations and becoming a source of human rights information for European decision-making circles and international human rights resources. This helped it, since its launch, contribute to the amendment of 23 legislations related to the protection of human rights in the region, participate in the drafting and passing of 34 resolutions in the European Parliament and the local parliaments of member states, and actively participate in all sessions of the United Nations Human Rights Council.

In addition to these challenges, the launch of Euro-Med Monitor’s work coincided with a sharp polarization at the level of institutional work and in society. This required great cautious and responsibility in approving policies, positioning institutionally and operationally, maintaining professionalism and objectivity, and avoiding alignment and framing. Euro-Med Monitor was committed to human rights regardless of the victims’ gender, color, affiliation, and creed. I recall here that Euro-Med Monitor and its employees were exposed to a torrent of exclusion attempts and skepticism from various sides during our first years. It was difficult to believe that an independent youth initiative would make a presence in more than one country and influence more than one issue. However, this was achieved thanks to its young team’s use of modern research and advocacy tools, especially social networking sites and information technology. In addition, not being bound to administrative bureaucracy enabled Euro-Med Monitor to swiftly interact with events and access victims and decision-makers.

In some cases, Euro-Med Monitor was subjected to distortion by opposing parties in one day. In 2014, for example, Yemeni websites launched a wide campaign against Euro-Med Monitor, accusing it of affiliation with the Kingdom of Saudi Arabia for issuing a report on the violations of the Houthi group in Yemen. On the same day, Euro-Med Monitor received a barrage of accusations of affiliation with Iran and the Houthi group after issuing a press statement on arbitrary arrests inside the kingdom. This scene was repeated in more than one context during the first years of Euro-Med Monitor’s work, before it overcame these campaigns with the steadfastness and firmness of its professional and objective policy, and by preserving its impartiality and independence.

In the following years, with the outbreak of the migrants and asylum seekers crisis, Euro-Med Monitor and its partners worked tirelessly to push the governments of countries of origin and refuge to protect migrants and asylum seekers across the Mediterranean, take firm and effective measures to spread search and rescue operations, and preserve their dignity. In this context, Euro-Med Monitor contributed to submitting proposals to reform the work of European mechanisms such as the European Agency for Border and Coast Guard (Frontex), and its field team moved between the Italian and Greek islands and camps and detention centers for migrants and asylum seekers. Our team cooperated with the International Organization for Migration and several European authorities and Public Prosecution offices in Western Europe to investigate several horrific drowning incidents, including the capsizing of two boats of asylum seekers in October 2013 and September 2014.

Despite the advantages achieved by relying on a young team, a large proportion of which are victims of human rights violations, their lack of experience in terms of institutional work environments and human rights work is a major challenge. This required great effort and attention, training these cadres, refining their capabilities, and enhancing their confidence in their capabilities in managing institutional work and studying the experiences of other institutions. The goal was not to keep them working in the organization as much as to qualify them to continue working in the service of human rights and to find opportunities to do that. This worked out very well. Over the past 10 years, more than 80% of the working team were in distinguished positions with other international institutions or were given free opportunities to complete their postgraduate studies at reputable international universities. Our team members excelled and worked in the worst and most dangerous conditions and under the hail of fire in Palestine, Syria, Libya, Iraq, and Yemen. The Israeli stigmatization attempts and the obstructions put in our way by several regimes in the region that want to cover up their violations and refrain from cooperating with human rights institutions have not deterred our team.

Euro-Med Monitor concludes its first decade today and is more steadfast and determined to achieve its vision through the employment and optimal exploitation of resources within the lowest level of expenditure according to cost criteria based on activities, free as it was and still is from the restrictions of politicized funding and bias.

Euro-Med Monitor still has hard work to do and great opportunities to employ to continue the process and implement its work strategy for the coming years. Drawn by its team, administration, target groups, and the support of its Board of Trustees, it aims to give the fragile and marginalized groups in their work areas the wide opportunity to integrate into various aspects of life, enjoy the highest level of economic, social, civil, and political rights, and encourage young people to participate in decision-making and lead the protection of the rights of societies, regardless of race or gender.

It is difficult to list on this occasion all the milestones in Euro-Med Monitor’s work, but we always remain indebted to everyone who made, presented, participated, advised, and was sincere to the idea. In many of the milestones, we worked hard, but whether we were right or erred, the result is that we witnessed a coherent structure that has found a place close to the victims as well as the international decision-making mechanisms.