Geneva - Members of Euro-Med Monitor’s storytelling project We Are Not Numbers (WANN) participated in the Greenbelt Festival, which took place in Northamptonshire, central Britain, between August 26 and 29. They shared live testimonies about the Gaza siege and the Israeli military attacks on the Gaza Strip.

In two separate sessions coordinated by human rights organisation Amos Trust, WANN Board Member Ahmed Alnaouq and Malak Mattar, artist and writer for WANN, discussed their experiences living under the Israeli siege imposed on Gaza since 2006. They also spoke about depicting the suffering of Gaza’s two million residents through words and paintings.

Alnaouq discussed the concept and accomplishments of WANN, which was launched in early 2015, including its success as an incubator for young artists. He explained that the project offers an emotional refuge for youth victims of the occupation, who use art and writing to express their issues and represent their culture.

A few months after the 2014 Israeli attack on the Gaza Strip, Euro-Med Monitor launched the We Are Not Numbers project “to provide Palestinian youth and refugees with a platform to write the human stories behind the numbers in the news”, Alnaouq told the British youth who attended his session.

“Through We Are Not Numbers, we aspire to break stereotypes widespread in the Western community about Palestinians, and challenge the biased and unprofessional Western media coverage”, Alnaouq added.

Alnaouq highlighted the fact that since its initial occupation of the Palestinian territories, Israel has perpetuated policies of apartheid and persecution against Palestinians, in which youth and refugees were primary victims. “At We Are Not Numbers, we provide a platform for these victims to write their personal stories and reclaim their narrative”.

During the 2014 Israeli military attack on Gaza, Alnaouq, only 19 years old at the time, lost his brother; writing his story later inspired the creation of We Are Not Numbers.

Greenbelt is an annual festival created and powered by a group of passionate and dedicated people that “strives to be an inter-generational celebration, inclusive and accepting of all, regardless of ethnicity, gender, sexuality, background, or belief”. The yearly festival usually takes place in August and meets artistry with activism.

WANN project member Malak Mattar exhibited artwork depicting the suffering of victims in the besieged sector at the festival.  “Art is an essential part of my identity as a Palestinian from Gaza”, she said. “I paint my emotions, my feelings of joy and sadness, and I paint my struggle as a Palestinian.

“Art, in all its forms, is maybe the most important means of self-expression. It is the documentation of what people have gone through, throughout history. It shapes cultures and distinguishes countries, but most importantly, is a valid form of resistance used by the oppressed and the occupied”, she added.

Mattar also elaborated on the need to utilise art in Palestine as an essential language that directly conveys the Palestinian narrative. In this regard, she considers WANN to be a bridge between Palestinian artists and the rest of the world.

“WANN is very important because it links a culturally, literarily, and politically besieged sector and the [outside] world through the Internet”, Mattar told festival attendees.

“Amos Trust was delighted to partner with We Are Not Numbers on our On Location exhibition at the Greenbelt Festival”, said Amos Trust Director Chris Rose. “On Location seeks to introduce leading visual artists from Gaza and explores the motivations, frustrations, and realities of being artists under siege”.

Amos Trust also featured a documentary at the exhibition produced by Euro-Med Monitor and UN Women Palestine about Zainab al-Qolaq, a Palestinian artist who lost 22 family members during the 2021 military attack on the Gaza Strip. 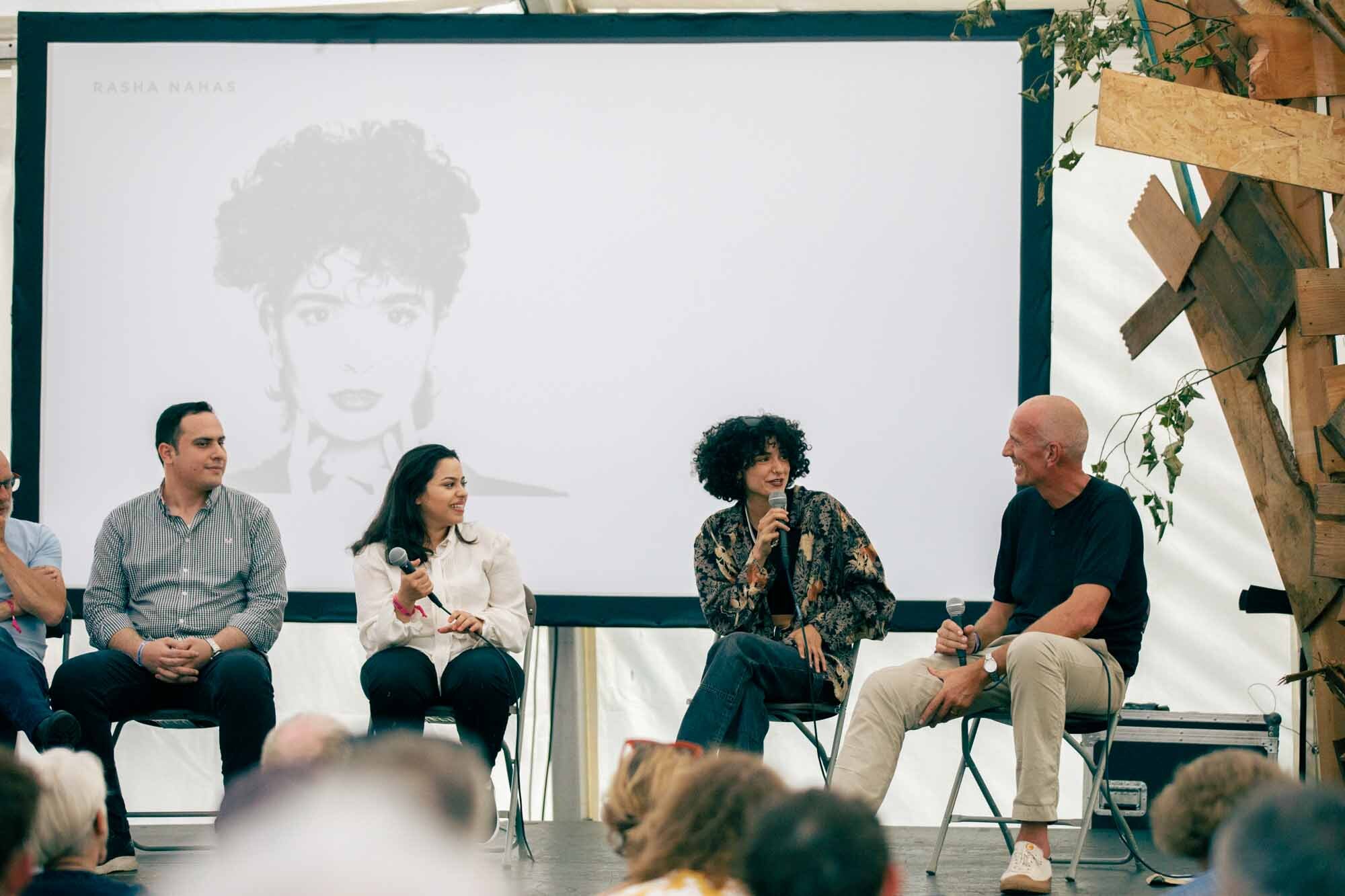 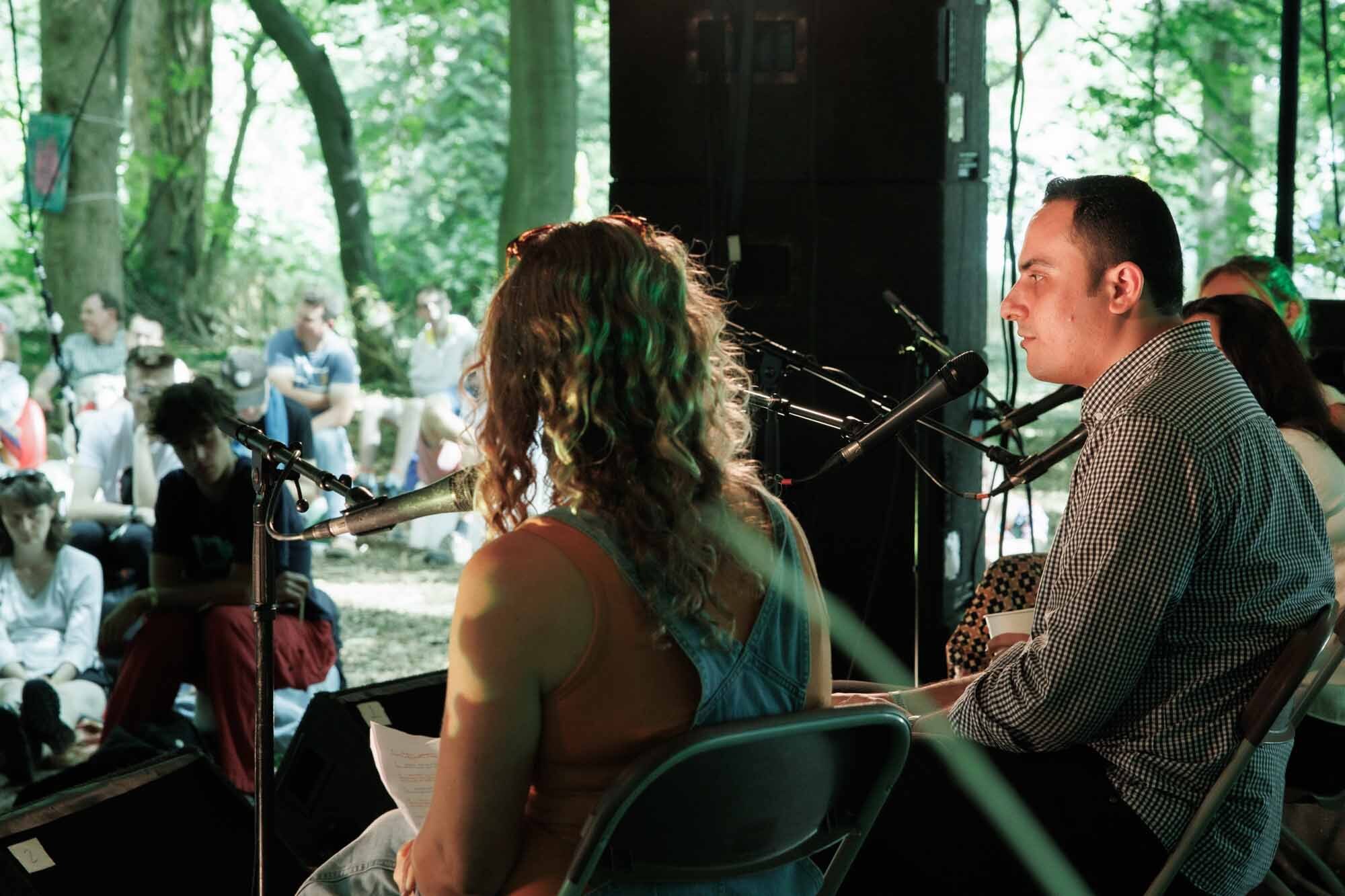 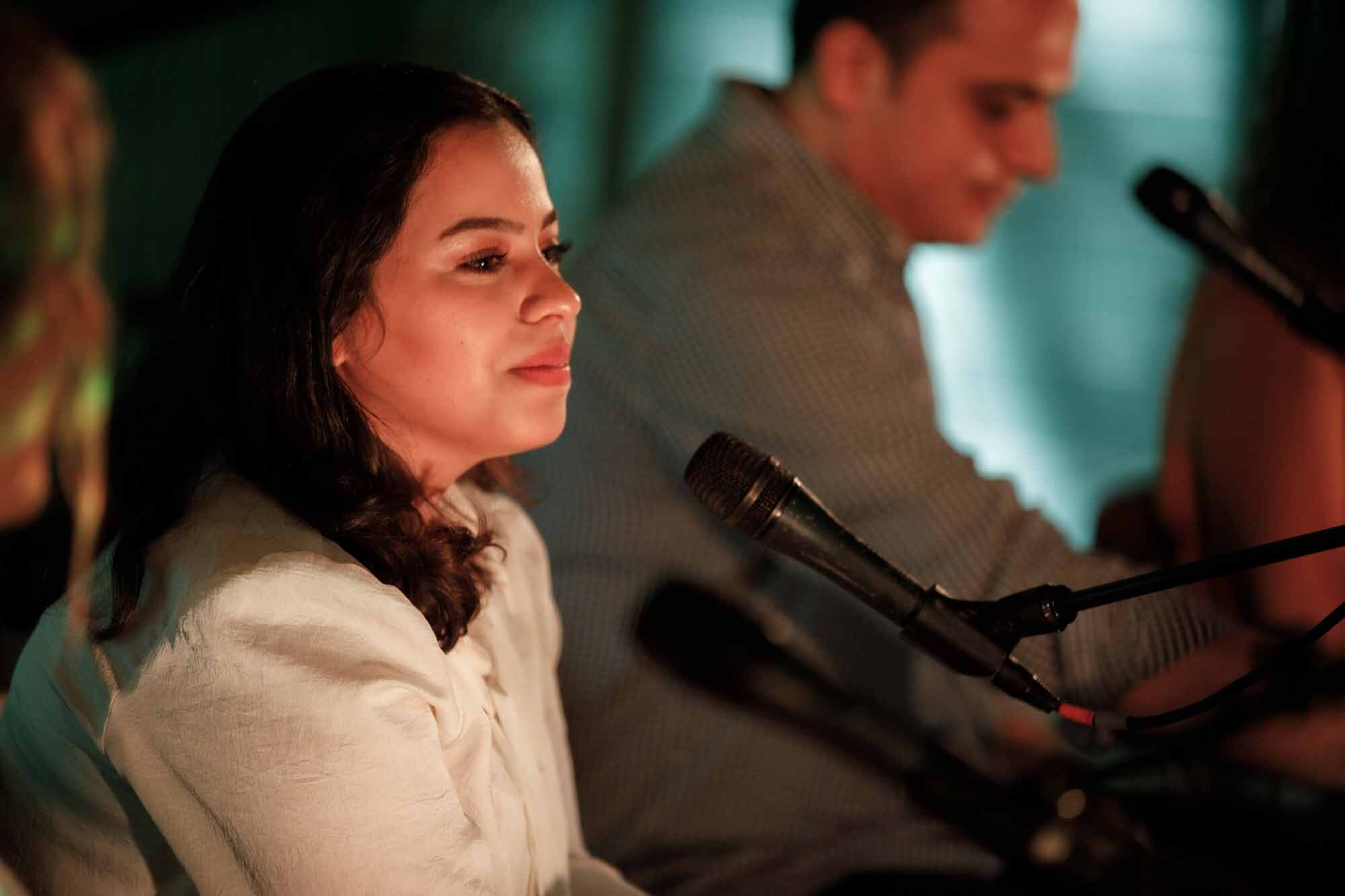