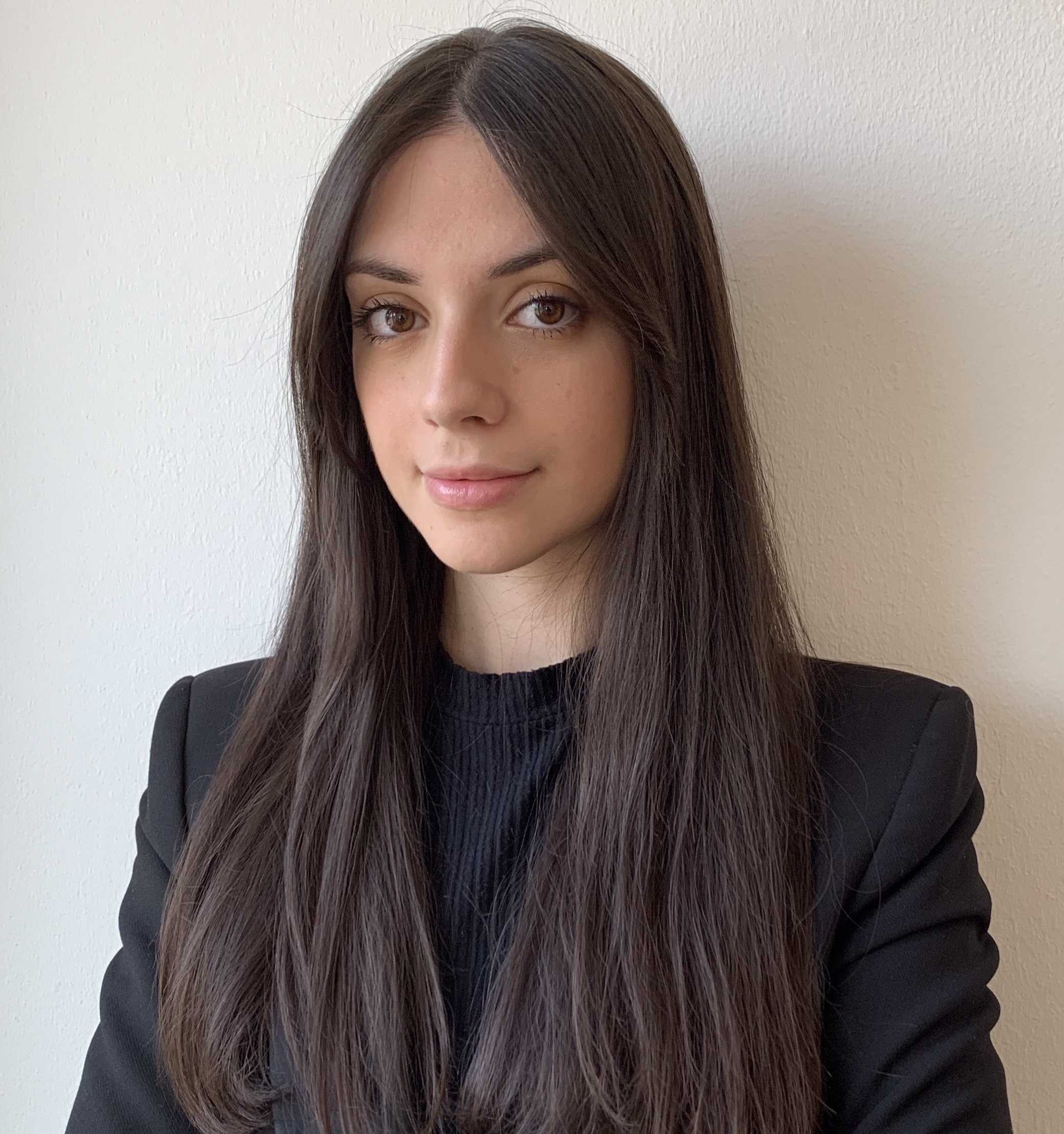 The recent increase in anti-rights movements has resulted in a wave of fresh attacks against women’s rights globally, and the solution to address all forms of this type of violence remains the establishment of resolute and autonomous movements for the defense of women’s fundamental rights, which must be funded by governments and rights organisations in order to bring about real, positive change. In the EU, women and girls are particularly affected by rape and sexual assault, accounting for over 90% of rape victims and over 80% of sexual assault victims.

The EU Agency for Fundamental Rights published a 2014 survey on violence against women at EU level showing that one out of three women has experienced some form of physical and/or sexual violence since reaching the age of 15 years, one every 10 women has been subjected to some form of sexual violence since the age of 15, and one in 20 women has been raped. According to the WHO, sexual violence is defined as “any sexual act, attempt to obtain a sexual act, unwanted sexual comments or advances, or acts to traffic or otherwise directed against a person’s sexuality using coercion, by any person regardless of their relationship to the victim, [and] in any setting”. This implies that sexual harassment, sexual abuse, rape, sexual slavery, and forced marriage fall into the category of sexual violence, a form of violence against women that violates human rights, and a type of gender-based discrimination against the female sex.

Sexual violence against women and girls in Europe

Sexual violence, a form of gender-based violence committed mainly by men against women, consists of all sexual acts against a person’s will, thus violating their right to sexual self-determination. It extends from verbal harassment to rape, and includes forced marriage, domestic violence, and female genital cutting. The primary goal of perpetrators of sexual violence is not to experience sexual satisfaction, but to oppress another person by exerting power and control over them.

The 2014 EU Agency for Fundamental Rights’ survey showed that around 22% of women in the EU have been subjected to physical and/or sexual violence from their partner since the age of 15. Some 11% of EU women who had experienced some kind of sexual violence since the age of 15 affirmed to have undergone sexual violence specifically, in several forms. Moreover, 6% reported that someone tried to force them into sexual intercourse, and another 6% indicated that someone forced them to participate in sexual activity without consent or when they were unable to refuse.

Approximately 215,000 crimes of sexual violence, one third of which were rapes, were registered by authorities in EU countries in 2015. About 99% of those imprisoned for such crimes were men, while nine out of 10 rape victims and eight out of 10 sexual assault victims were girls and women. The United Kingdom recorded the highest number of sexual crimes in absolute terms at 64,500—more than half of which were rape—while Germany ranked second, France third, and Sweden fourth. In terms of population, it was Sweden that reported the highest proportion of crimes of sexual violence (178 episodes per 100,000 inhabitants), followed by Scotland, Northern Ireland, the UK, and Belgium. As far as rapes are concerned, the largest number of cases occurred in the UK, with Sweden coming second, and as for the rate of sexual violence in Europe in 2020, the four Nordic countries (Sweden, Iceland, Norway, and Denmark) reached the highest figures. In Sweden, the country with the most reports of sexual violence, more than 200 cases per 100,000 inhabitants were recorded.

France and Germany recorded the highest number of reported rapes of women in Europe in 2019: 20,694 and 9,029 episodes, respectively. Notably, the number of male rape victims was also the highest in these two countries, reaching 2,886 cases in France and 685 in Germany. In 2020, rapes of women recorded in France increased to 22,770 incidents, while the number of sexual assaults was 23,910, with sexual harassment cases amounting to 2,690—resulting in a total of more than 49,000 recorded incidents of sexual violence against women. There was a further increase in reported cases of rape or attempted rape and of sexual harassment in France in 2021; the number of cases grew by 32% and 33% compared to 2020, reaching a total of 75,800 cases of sexual violence. In Germany, on the other hand, the country with the highest percentage of EU women who experienced violence (35%), the number of cases of rape, sexual coercion, and sexual assault peaked in 2016 at 11,282. Subsequently, there was a decrease in the number of cases registered by German police in 2017, but from 2018 onwards the number started to increase again, reaching almost 10,000 cases in 2020.

Sexual violence deeply traumatises victims by leaving them with a sense of powerlessness that generates low self-esteem, which contributes to further vulnerability. In childhood, victims of sexual trauma feel fragile and in constant danger, and may develop a sense of self-blame that leads them to feel humiliated and withdraw from others. They often have difficulty sleeping, which can worsen or cause various learning or neurodevelopmental disorders such as dyslexia or attention deficit hyperactivity disorder (ADHD), plus aid in the development of eating and anxiety disorders, alcohol-related issues, or self-harming behaviour. Many adolescent girls also experience bullying in the aftermath of sexual violence, which drives them to isolate even more; adult women victims of sexual violence frequently face recurrent health problems in the lower abdominal area, and experience high levels of anxiety, depression, social phobia, and post-traumatic stress disorder (PTSD). Sleep problems are also very common among these women, as well as guilt and shame, which may lead to attempts to self-soothe with excessive amounts of food or alcohol.

Besides international legal instruments, there are also significant regional frameworks that impose specific obligations on states to protect women and girls against all forms of gender-based violence. In Europe, this regional instrument is the Convention on preventing and combating violence against women and domestic violence (Istanbul Convention), adopted by the Council of Europe in 2011. This Convention is the first legally binding instrument at European level that deals with preventing all forms of violence against females by protecting victims and prosecuting perpetrators of such acts. To date, the EU and all its Member States have signed the Convention, but only 21 have ratified it. Bulgaria, Czechia, Hungary, Latvia, Lithuania, and Slovakia are the EU countries that have not yet ratified the Istanbul Convention. Furthermore, Poland announced in July 2020 its intention to leave the Convention, although this moment has not yet arrived. The European Court of Human Rights, from which the Istanbul Convention was inspired, is totally opposed to any form of gender-based violence, including sexual violence, and fights against discrimination and firmly protects the fundamental rights of women on the European continent. Recently, 38 Member States of the Council of Europe adopted the Dublin Declaration, inspired by the Istanbul Convention, committing themselves to combat all forms of gender-based violence by promoting gender equality.

At the EU level, the principles of gender equality and non-discrimination are promoted in the Treaty on European Union, whereas people’s right to dignity and equality as well as the prohibition of gender-based discrimination are guaranteed by the Charter of Fundamental Rights. However, the EU does not have one legally binding instrument that tackles all forms of violence against women and girls, but several instruments in areas where women are subjected to violence, especially where cross-border elements are present. These instruments focus on non-discrimination and equal treatment, trafficking in human beings, and the rights of victims regardless of nationality and where in the EU the crime took place.

In March 2022, the European Commission promoted the formation of an EU instrument to deal with all forms of gender-based violence by proposing a directive on combating forms of violence against women and domestic violence, motivated in part by the paralysis of the ratification process of the Istanbul Convention. This proposal, which will be a priority in the Commission’s 2023 Work Programme, aims to improve EU legislation, address protection gaps, and align with international standards. In fact, this Directive envisages the criminalisation of rape on the basis of lack of consent, rather than of use of force as in 18 Member States right now, and the criminalisation of female genital mutilation, certain types of cyber violence, and the dissemination of safer, more sensitive procedures for reporting and individual risk assessments, together with dedicated services for victims in all Member States.

Violence against women and girls stems from harmful social norms, rigid gender roles and stereotypes, and gender-based discrimination, and much of it constitutes severe human rights violations. It causes serious harm to victims, who risk developing physical, psychological, and sexual problems, and even dying due to injuries sustained during attacks or later by suicide. By negatively impacting individuals’ well-being and leading them to isolate themselves from society, gender-based violence also affects families, communities, and entire countries.

It is essential that specific measures be taken to prevent, address, and eliminate all forms of gender-based violence. Firstly, female victims of violence must have access to comprehensive “essential services” for their safety and protection, and recovery must be facilitated and encouraged. Moreover, these services, including police, justice, health and social services, must be funded and of high quality in order to truly help victims. Additional measures must focus on the prevention of violence against women and girls, that is, the tackling of structural causes of violence, which is in fact the most cost-effective and durable solution to stop gender-based violence. To do this, governments, UN agencies, civil society organisations, and other relevant institutions must work together to educate and guide young boys and men, so as to promote respectful relationships and gender equality. Finally, data collection and analysis is a vital tool through which to better analyse the types and forms of violence facing women and girls, its various risks and effects, the quality of support available to victims, and the policies—or lack thereof—being implemented to prevent and address all forms of gender-based violence.